In Grief, Do We Move Onward? 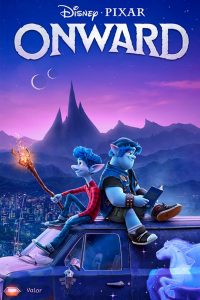 I do not like the expression “moving on” with regard to my grief. To me, it implies leaving something behind. I have not left Ben behind. I am particularly sensitive to that as the five year anniversary of his “leaving” approaches.

I was not sure what to expect from Disney’s film, Onward. As it turned out, I thought it was an ambitious and sweet effort to approach the death of a parent, and death, in general. The story has good messaging that could be helpful to children. It was even validating to me. But, I still don’t like the title.

Onward tells the story of two elf brothers, Ian and Barley. They have lost their dad, but it appears that he died before Ian was born. The mom reminds them of how loved they were, pleased to see Ian wearing his dad’s sweatshirt. Ian so much wants to know about his dad. For his birthday, he has a list of things that will define him as the “new me,” and that list includes being like his dad, but he really doesn’t know what his dad was like. Barley has few memories of his dad that he does not seem to want to talk much about, and he finally admits that he felt bad that when his dad was in the hospital and had lots of tubes in him, Barley was too afraid to see him. Having lost that last chance to see his dad, from that point on, he vowed never to be afraid again.

Ian wants memories. He plays a tape recording of his dad talking, conversing with his dad as if it is an actual conversation and finding such comfort in hearing his dad’s voice. It’s a heartbreaking reminder that we can never bring back these experiences. I can relate to that feeling of trying to watch videos and put myself back in time to those moments. I am lucky that I have a lot of memories. I’m grateful that I was there for Ben during the bad ones. As a teacher, I have met many students who have lost a parent and do not have memories. Films like this show them that they are not alone. And, they tackle the material that can be hard for remaining parents to discuss, opening doors for discussion. For Day of the Dead, I show Coco in my Spanish classes, and I have had more than one student ask to watch it alone or with me during their lunch period, because it helped them to process their losses and they liked to talk with me about the comfort of feeling that their loved ones were still there for them on some level.

In Onward, the boys’ mom is the support and encouragement that the boys need. She recites a mantra that there’s a warrior inside as a reminder to herself. This is a mantra that could help anyone throughout their experiences in caregiving and in grief. She not only needs to help her sons in dangerous situations, but also in their grief. On Ian’s sixteenth birthday, their mom gives them a gift per their father’s wishes. Even mom makes a discovery about her late husband. He was a wizard! He leaves the boys with a special wizard’s staff and a spell that would bring him back for a day to see how they have grown up. Imagine such a spell! What I wouldn’t give for a day with Ben.  As it turns out, the spell gets messed up and they only bring back their dad’s legs and feet. They are determined to fix the spell to be able to spend the time with him. This leads to a series of mishaps. Oddly, after traversing the land in search of the missing gem to fix the spell, they end up exactly where they started. Such is grief. We go through all sorts of motions to make sense of loss and to allow ourselves to feel the person is still with us. In the end, we cannot recreate the person or the experiences. We find ourselves back at the pain of loss. However, the journey allows us to explore our memories, our emotions, and even to gain better understandings of others and ourselves.

During their adventures to bring back their dad, Ian sees that it’s Barley who has a lot to say to their dad. Barley misses the man he knew. Ian misses having and knowing his dad and realizes that Barley has been that father figure for him. All of the things Ian lamented not doing with his dad- laughing, learning to drive, taking walks- he actually did with Barley. Ian knows that Barley is the one who deeply needs to have those moments with their dad. He lets Barley have that last hug. I still wish for that hug. It’s gut-wrenching to acknowledge that this cannot really happen (unless I come across a wizard’s staff). If I thought I could, like both boys, I would fight for an opportunity to reunite with Ben to ask him questions and to hug him. Just like the boys, I would want to know that he is happy for and proud of me.

I often write about the signs I see that Ben is with me and how they console and inspire me. I also take comfort in revisiting our memories, especially through photos and videos. As I’ve been organizing my apartment this summer, my breath has been taken away as I’ve rediscovered cards, gifts, ticket stubs and other mementos of our time together. Navigating grief does sometimes feel like a quest, but I don’t see it as one in which I forge “onward” and triumphantly defeat grief. Instead, carrying in my heart deep love and memories, as well as the belief that Ben is with me, I humbly step forward in life. 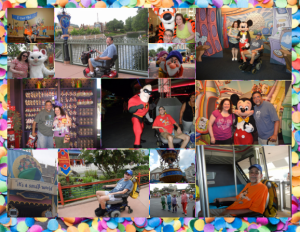