How Does a Moment Last Forever? 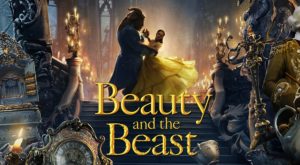 In the beginning of the film, Belle’s father, Maurice, sings a lovely little song with these lyrics:

How does a moment last forever?
How can a story never die?
It is love we must hold onto
Never easy, but we try
Sometimes our happiness is captured
Somehow, a time and place stand still
Love lives on inside our hearts and always will

Here is the music clip: 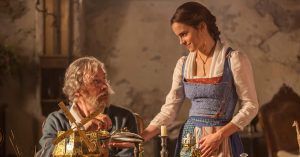 These lyrics touched my heart, so simple and yet so profound. I know that Ben would have handed me tissues knowing the tears would flow. But this is the magic of Disney. At the heart of the whimsy and fantasy lie our deepest emotions.

I believe that these lyrics beautifully capture the thoughts of caregivers and those grieving the loss of a loved one. In caregiving, I grieved the loss of the life we had. I grieved what ALS took away from Ben and from us. I grieved the relationship we had as it shifted to that of caregiver and patient. We clung to memories and those brought a mix of pain and joy. And, we both lived with the knowledge that Ben was going to “leave,” as he referred to dying.

In grief, I have relied on the memories and the love that we felt. The heartache is there, but as the song says, “it is love we must hold onto.” I write so often of the importance of the memories that keep Ben in my heart. Love and our stories will always keep him there, along with my parents and other loved ones. 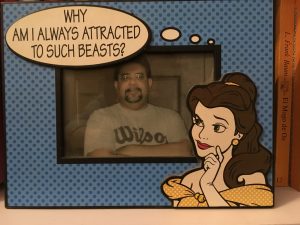 Early in our relationship, Ben gave me this frame with his own picture inside.

I immediately got the soundtrack to the film, which I also heartily recommend. And, although it makes me cry, I keep listening to this song and the longer version, performed by Celine Dion. Just like “One Dance,” this song struck a chord (pun intended) within me!  Sometimes I am caught off-guard by overwhelming emotion and at other times I just need to immerse myself in the grief and have a good cry.

Music and lyrics were so important to Ben. I believe that he would appreciate how the lyrics of this song spoke to and moved me, and how they confirm that he will always live on in the song that was our love and life.

As for the comparison to the original, animated version of the film, I love them both. When I came home after seeing the new version, I immediately watched the Blu-Ray of the animated version. It remains dear to my heart. I don’t think they detract from each other in any way. In my opinion, they are both wonderful. I will enjoy watching them both on Blu-Ray! 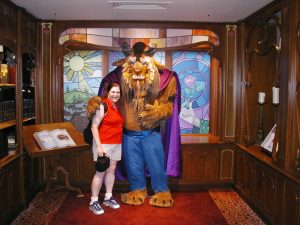 I told Beast that he was much more handsome in person!

On Losing and Finding Myself in Caregiving Oh Bother!