“The Princess and the Frog”: More Than Turning Frogs Into Princes, It’s About Looking Toward the Stars 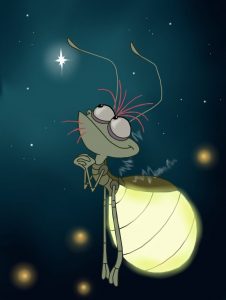 The Princess and the Frog
Walt Disney Pictures 2009

I’ve been feeling Ben’s absence and presence a lot in the past few weeks. It stands to reason since August 26 marked four years since he left the world and everything involved in that and the whirlwind of starting a new school year brings back all of those feelings of turmoil. I’ve walked through Central Park and felt such conflicting emotions- I missed Ben and wish we had taken more walks together through the Park and yet I feel his presence and have little conversations with him as I’m walking. I do believe that the turtles are messages from him. Last weekend, just as I felt disappointed by the lack of turtles, several were swimming towards me! I had to smile. 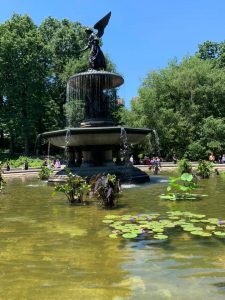 Bethesda Fountain in Central Park, NYC. I make wishes and toss coins into the fountain each time I visit. 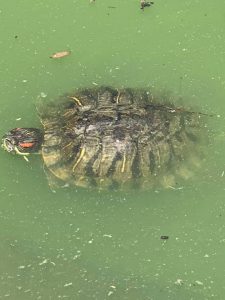 Just one of my little turtle buddies at Central Park. I believe the turtles are signs from Ben that he’s with me.

There are people who believe in the spiritual presence of people we’ve loved and lost and people who don’t. I do. I have gone to see a spiritual medium each year since I lost Ben. I went the first time because she was recommended to me and it was something I always wanted to do. I did not go to see her with specific expectations- I just thought it would be fun. In fact, it was a moving and validating experience. More than her words from Ben and my dad, I am very attuned to messages that I see around me that let me know that Ben and my dad are with me. I know that some people think that I find these things not because they are legitimate but because I interpret events in such a way as to comfort myself. That’s okay. Actually, it would be okay if I did that, too. I never underrate the importance of finding comfort.

Last week, I had a problem with my printer. I tried to fix it myself. I talked out loud to Ben, who always did these things for me. I researched the fixes on the internet and told him he would be proud of me. Unfortunately, I managed to lose all internet service because I did something wrong. I contacted the guy who now helps me with my computer issues. It is always difficult to watch him sit in Ben’s chair and do the computer work that Ben did and enjoyed so much, but he is understanding and very talented. In my quiet time I apologized to Ben for letting him down and not being able to resolve my own computer problem. In those moments, I truly feel in my heart that he is nearby. Still, it’s frustrating.

On Friday night, I attended a concert at Lincoln Center. It was a Jazz at Lincoln Center performance celebrating 25 years of democracy in South Africa. I was looking forward to being immersed in the music. When the concert began, I thought about how Ben had worked at Lincoln Center and often got us tickets to attend various events. Music was Ben’s lifeline. He said it saved him as a teenager. He taught himself to play some instruments and even did some arrangements for Latin bands. I thought of all of the questions I would have asked him, and how he would have watched all of the musicians with awe and admiration. Those are the moments that fill me with anger that he did not have enough time in the world to enjoy these things and that we did not have enough time together. For a while, there were tears for his absence. When I did relax a bit, I was able to feel enveloped by his presence. I know that seems strange to some people. I can picture him so clearly in his mind sitting next to me, but it’s a stronger feeling than that. I look at music more deeply, and watch the musicians more intently, because I like to see things through his eyes. It also makes him feel closer and reminds me of how much he remains a part of me.

I think about Ray the firefly from Disney’s The Princess and the Frog. His little friends in the Bayoo thought that he was crazy when he referred to the star in the sky as his departed lady, Evangeline. He sings a lovely song about how beautifully she shines in the sky. For me, that sweet little song says so much. Evangeline lights up the sky as a star and the good memories and the feeling that Ben is with me light up my world.

There is some voodoo spirituality in The Princess and the Frog and Mama Odie, the Voodoo Queen, has a relationship with Ray and she doesn’t question his beliefs or visions of Evangeline and she encourages everyone to “dig a little deeper” to find out who they are and challenge their beliefs. When Ray died, all of his friends watched as a star flew across the sky and they knew in their hearts that Ray had joined Evangeline, just as he said he would. Ray found a lot of comfort in that star because, for him, it meant that Evangeline was with him.  I see turtles as those kinds of signs. But, sometimes I’ll hear a Beatles song at just the right time, or something will happen that only he and I would recognize, and I know that these thing are signs that he is with me.

I don’t really know where Ben is, though I do believe that, as he used to say, he probably is often one of the Grim Grinning Ghosts at Walt Disney World’s Haunted Mansion. I like to believe that our spirits will unite one day. In the meantime, just like Ray, I believe and see that he’s with me. It’s not always enough, and sometimes it’s painfully too little, and yet it’s a lot.

What Alice Knew About Caregiving, Grief and My Identity Advice From Merida About Bravery, Grief and Destiny