Happy Anniversary to Lady and the Tramp and the Hunchback of Notre Dame: Thanks for Perspective on Memories and Living 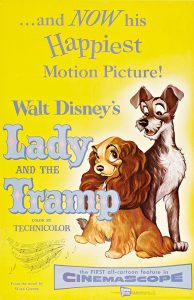 Today is the 65rd anniversary of the release of Disney’s Lady and the Tramp. It was always a favorite of Ben’s and mine. We actually loved to sing the “Siamese Cat Song”; in fact, I used to sing it to my first cat, Tiffany (but she preferred “Born Free,” to which she actually meowed along!) 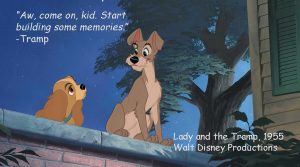 A poignant quote came from Tramp to Lady, when he told her, “Aw, come on, kid. Start building some memories.” I am always drawn to quotes about memories because memories played such an important part of our lives when Ben was fighting his battle against ALS. Memories became increasingly significant to Ben, particularly as he became more homebound. He loved to look at our photos and videos from Walt Disney World and to listen to the theme park music soundtracks. We could do that for hours. It was my motivation for designing the photo calendars, throw, shower curtain and towel (click here to read more about them)– Ben was surrounded by our photos everywhere in our home. It’s nearly three years since he’s left and I remain surrounded by those things. They are a comfort for the memories the photos hold and for my memory of the happiness that I gave to Ben with those gifts. 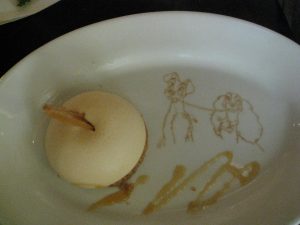 We were so fortunate to be able to visit Walt Disney World four times after Ben’s ALS diagnosis. Each time, we tried to recreate our favorite memories, attending our favorite shows and visiting our favorite attractions. We did, at times, lament the attractions that Ben could no longer ride. But, we laughed that we could take the “It’s a Small World” boat repeatedly because there was never a long line and we got a boat to ourselves. Ben’s attitude was amazing. He focused on what he COULD do and, thanks to the amazing Disney cast members, we could do almost everything. 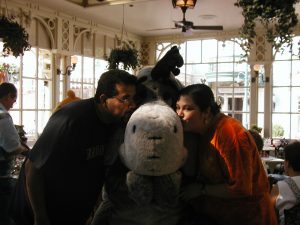 Ben and I had 16 years and a dozen visits to Walt Disney World, all filled with wonderful memories. When I was the caregiver of my dad and Ben, those memories sustained me and took me from one Walt Disney World visit to the hope of another, and I lived vicariously through my friends, reading about their adventures on Facebook and occasionally, and proudly, posting photos of Ben and me at Walt Disney World or out in our neighborhood when he was still able to ride his scooter. Our friends did like to see him out in the world. I immersed myself in those memories for some time after Ben died. I know that some people think that this blog is a way to stay hidden in those memories and in the past, but the perspective I gain and thoughts shared with other caregivers in this writing process lead me forward.

Coincidentally, as I reflect on the importance of my memories, I realize that today is also the 24rd anniversary of the release of Disney’s The Hunchback of Notre Dame. I think about what the gargoyle, Laverne, told Quasimodo: “Life is not a spectator sport. If watching is all you’re gonna do, you’re gonna watch your life go by without ya’.” This quote holds an important message for me. I think that one of the most difficult things for me was when people told me it was time for me or time to take care of myself.  I don’t really like to put the spotlight on myself. It was particularly difficult to go out and be distracted and even somewhat happy, just to return to an empty apartment and reminded of the loss and alone-ness, as well as guilt for even trying to enjoy myself. I preferred to put my energy into helping Ben relive and create new memories and, after he left this world, I took pride and comfort in thinking about those memories. The truth is that I will always love to visit with my memories of Ben, the good and bad times. But, my memories don’t have to end there. I can delve into new adventures that will become a part of my treasure trove of beautiful memories. I do not have to live vicariously through other people. 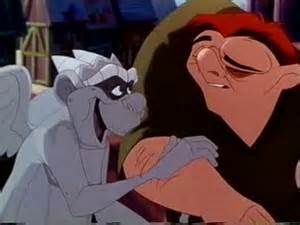 A sadness looms over my summers because they represent the most difficult times in Ben’s battle, and ultimately when he succumbed to ALS. However, I suppose I have come to accept Laverne’s advice, proactively making plans to do things I love: travel to see my friends, take part in some animal adventures, do some volunteer work, and continue to work on my blog while formulating new ways to reach out to caregivers. This summer, due to COVID19, is a particularly odd one because I can’t help but dwell on what life would have been like if Ben was here. Being home so much of the time reminds me of the time that I was home with Ben and how I would have been even more reluctant to go outside now, for fear of bringing home any germs.

Although sometimes I do feel like more of a spectator in life and I get caught in fantasies of what I think I would like my life to look like without knowing how to proceed, I don’t want my life to go by without me. I don’t think that would even do justice to the love and belief in me that Ben and my dad had. I probably spend too much time with my memories. But, I do have those fantasies and dreams, which is a good indicator that I am invested in my future. I just have to find my way. I’d prefer not to be alone but maybe it won’t always be that way. It helps me to  find peace in the knowledge that Ben’s spirit will always accompany me as I follow my life’s paths, make some dreams come true and make new memories. 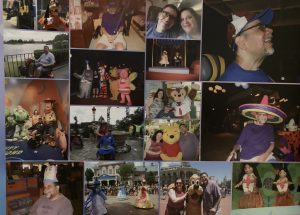 My photo collage calendar filled with wonderful memories and new events that will bring new memories. where Ben will be present in my heart